Background Information For the Movie LINCOLN 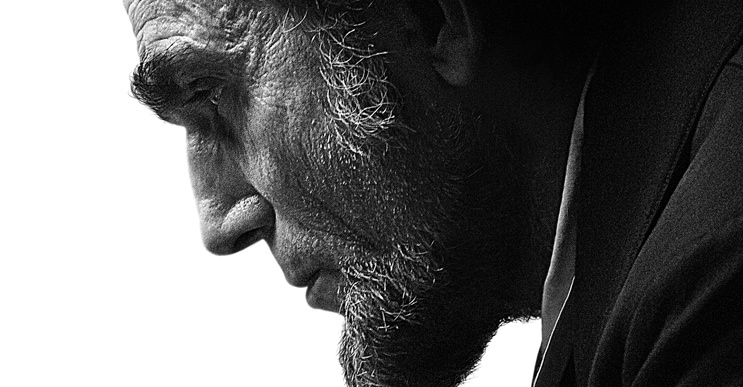 Here are a few paragraphs of historical background information you may wish to read if you decide to see Steven Spielberg’s recently released movie titled LINCOLN.

Does the movie live up to its billing as a masterpiece? My answer is probably yes.

I’ve given at least twenty-five speeches over the past two years that touch on various aspects of the movie. Most—but not all—of the content of these speeches that are relevant to the movie derive from various passages of my book titled The African American Entrepreneur Then and Now at pages 35-39 (The South’s Preoccupation With Maintaining Slavery) and at 43-51 (The Reconstruction Era—1867-1877).

Accordingly, with that having been said, here are some background facts and information that you might find helpful before you view the film.

On September 22, 1862, President Lincoln announced that he would issue a formal emancipation of all slaves in any confederate state that did not return to Union control by January 1, 1863. Therefore, Lincoln did not intend the prospective proclamation to cover the nearly 500,000 slaves in slave-holding Border States which did not join the confederacy such as Missouri, Kentucky, Maryland or Delaware.

On January 1, 1863, President Lincoln, exercising his war powers, proclaimed the freedom of 3.1 million of the nation’s 4 million slaves and immediately freed 50,000 of them. It was not until June 18 and June 19 that the federal government was able to enforce (via General Gordon Granger in Galveston, Texas) the emancipation of the slaves in Texas. That day has henceforth been known as Juneteenth. Total abolition of slavery was not accomplished until the ratification of the 13th Amendment in December 1865.

The massive resistance of the holdout state of Texas to the emancipation proclamation until literally forced to do so after federal occupation and enforcement on June 18 and 19, 1865—over two years after its issuance—speaks to the fierce resistance that black people have had to overcome just to achieve the basic liberty to bodily freedom. That’s why 39 States and the District of Columbia celebrate a holiday known as Juneteenth. But old attitudes die hard. And that is precisely the reason why it took the Thirteenth Amendment to the Constitution ratified in December 1865 to secure this basic liberty.

Here’s the background leading up to the 13th Amendment. The Senate passed legislation proposing the 13th Amendment on April 8, 1864 followed by action by the House on January 31, 1865 (a very difficult task). On December 18, 1865, Secretary of State William H. Seward proclaimed it to have been adopted. It was the first of the three Reconstruction Amendments adopted after the American Civil War.

There were somewhere between 212, 938 to 214, 938 combat deaths in the Civil War although the total number of overall deaths were approximately 625,000. World War II witnessed more American combat deaths (291,557). See Attachment on US Casualties of War. See my book, The African American Entrepreneur Then and Now at 35-39, (The South’s Preoccupation in Maintaining Slavery).

The Dred Scott v. Sandford case decided in 1857 said that black persons of African descent who had been reduced to bondage were considered to be chattel property and something less than human beings. It took two constitutional amendments—the thirteenth and fourteenth—to elevate black people to fully human (as opposed to chattel status) and to make black people born in the United States capable of becoming citizens of the United States.

The Declaration of Independence’s statement in 1776 of universal equality, for example, did not apply to blacks. Under the U.S. Constitution ratified in 1787, blacks counted as “three-fifths of all other persons for political representation purposes.” The Constitution also prevented Congress from prohibiting the slave trade until 1808 and sought to ensure that “escaping” slaves would be returned to their owners.[i] Interestingly, the Constitution never uses the words slave, black, African, or any other racial labels.

In Prigg v. Pennsylvania,[ii] the Supreme Court made it clear that any state effort to prevent individuals from capturing and returning slaves to their owners was preempted by the Fugitive Slave Act of 1793.[iii] See my book, The African American Entrepreneur Then and Now at 35-39, (The South’s Preoccupation in Maintaining Slavery).

“Americans should know…that Wall Street’s rise as a financial center was largely fueled by the cotton trade, which could not have functioned without slavery. When the Civil War began, the mayor of New York, Fernando Wood, tried to find a way for the city to remain neutral so that it could continue its lucrative business dealings with the South.”

As Thurgood Marshall noted in an important speech during the bicentennial of the United States Constitution in 1987, the Founding Fathers’ foresight and sense of justice was troubling and not particularly profound. He noted, among other things, that economic interests of the Northern and Southern states were behind the compromise of the Southern states to continue importing slaves to the United States until 1808. See my book, The African American Entrepreneur Then and Now at 27-28.

Congressman Thaddeus Stevens—of radical republican fame—is a person with whom you should definitely become familiar prior to viewing the film. I mention Stevens in my book at pages 43 and 50 (Chapter 3, The Reconstruction Era—1867-1877). Congressman Stevens is one of the more important characters in Spielberg’s movie. See also the attached Wikipedia Information on Thaddeus Stevens.

You might also want to check out the attached information about Massachusetts Senator Charles Sumner. I don’t specifically mention Sumner in my book although I wished I had the time and space to discuss him. The film refers to him several times.