How D.C. Became Slave Capital of US in 1st Fed Debt Deal Compromise 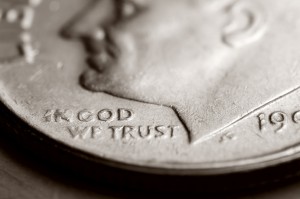 The first federal “deal” (i.e., a compromise) with respect to the federal debt resulted in Washington, D.C. becoming the “slave” capital of the United States. More about that in just one second.

Now that President Obama has been re-elected, you have to wonder what compromises will be made to avoid the fiscal cliff before year-end. This is when automatic spending cuts—also known as sequestration—kick in and the lower tax rates of the past decade expire.

I thought I would share this interesting historical story with you as lots of people have never heard it before. It’s all included in my upcoming book titled Winners and Losers in the American Capitalistic Economy: A Primer.

Additionally, if you don’t the know the difference between  a Budget Deficit,  the Gross Federal Debt, the Publicly Held Debt,  the Net Federal Debt , and the General Government Debt, I try to give you a little help.  How many people actually know what all these terms mean? Seems like almost no one. That’s why I’m writing the book.

In 1790, about 20 percent of Americans were considered property. Though some Southern leaders felt uneasy about the institution — Jefferson, a slave-owner, fretted about its “unhappy influence” — few could imagine the South without slaves.

President Obama and congressional Republicans are still struggling to strike a deal on the debt ceiling that would keep the nation from default. It is difficult to foresee what final compromise they might reach — but it’s hard to imagine one more consequential than the bargain struck more than 200 years ago that ended another debt crisis while laying the foundation for our economic system. That fateful deal also ensured that Washington became a slave capital. [See Chris Myers Asch, The Grand Bargain on Debt that Made D.C. a Slave Capital Wash Post, July 21, 2012]

In 1790, the federal government and the states were nearly $80 million in the red, burdened by annual interest payments that were triple the nation’s income. A decade after the financially strapped United States madly raised funds for the Revolutionary War, the country was facing default. If the new nation failed to pay its debts, Treasury Secretary Alexander Hamilton feared, it would be shut out of world markets. Foreign governments and individual investors, worried that their loans would never be paid back, might refuse to invest in America. The young economy would be crippled.

To avoid economic collapse, Hamilton proposed a series of financial reforms, including “assumption,” or having the federal government assume the states’ debts and commit to paying their full value. A national debt, he argued, was “the price of liberty” — a free nation was not free to walk away from its financial obligations. Many members of Congress, particularly Virginia’s James Madison and other Southerners, vociferously objected. Opponents saw assumption as a sign of the growing power of the federal government and rejected Hamilton’s insistence that the Constitution’s “necessary and proper” clause allowed fiscal measures of such huge scope.

The issue produced what Secretary of State Thomas Jefferson called “the most bitter & angry contests ever known in Congress.” Opponents of assumption threatened secession, and they had enough votes to block the measure. Hamilton, a New Yorker, knew that Jefferson had substantial credibility with Madison and the Southerners, and he pleaded for help. Jefferson agreed to intervene, hatching a compromise that also addressed the other major political stalemate that bedeviled Congress that spring: where to put the nation’s capital.

The Constitution authorized Congress to create a federal district to serve as the national seat of government but did not specify its location. The city awarded this prize would enjoy prestige, power and economic growth. If built in the South, the capital would also be more likely to protect the bedrock of the Southern economy: slavery.

In 1790, about 20 percent of Americans were considered property. Though some Southern leaders felt uneasy about the institution — Jefferson, a slave-owner, fretted about its “unhappy influence” — few could imagine the South without slaves. As an international abolitionist movement gained steam in the late 18th century, many Southerners felt under siege and believed that a Southern capital would protect their interests. But they did not have the votes to put the capital in the South, while Hamilton, a founding member of the New-York Society for Promoting the Manumission of Slaves, did not have the votes to get his assumption plan through Congress.

Jefferson, hardly a disinterested observer, stepped in to broker a compromise. Over dinner at his rented Manhattan home in mid-June — historian Joseph Ellis called it “the most meaningful dinner party in American history” — Jefferson brought Hamilton and Madison together to hammer out an agreement. Madison agreed to lean on Southern representatives to support the assumption bill. In exchange, Hamilton would persuade his Northern allies to support a capital on the banks of the Potomac.

It was a deal with tremendous long-term consequences for the nation and for the future capital. The compromise secured America’s financial future as well as the constitutional doctrine of implied powers, strengthening the federal government at a critical time.

But the deal sealed the new city’s fate as a slave capital. Safely ensconced between two of the country’s largest slave states, Washington became a glaring contradiction — a citadel of freedom that nonetheless protected slavery and prospered from the burgeoning domestic slave trade. Thanks to the port of Alexandria, which remained part of the District until 1846, D.C. became the largest slave-trading city in the nation. Slaves here were an everyday part of life. They helped build the city, they lived in the White House, and they were sold on auction blocks downtown.

Fighting a war to preserve the Union from a slavery-friendly capital, President Abraham Lincoln tread cautiously lest he frighten Maryland into the arms of the Confederacy, resisting calls for D.C. emancipation until 1862 and allowing compensation to be paid to Washington slave-owners. For almost a century after the Civil War, D.C. remained distinctly Southern, with separate schools, neighborhoods and jobs for its black citizens. The city’s white leadership repeatedly rebuffed attempts to create an interracial democracy. Instead of representative self-government, D.C. was ruled by three invariably white commissioners appointed by the president, an arrangement that one commissioner in 1901 called “an ideal form of government because it is a government by the best citizens.”

Today, with the District losing its black majority, battles over gentrification, voting rights, school reform and even bike lanes show that racial tension remains embedded in Washington life. The grand bargain struck over Jefferson’s dinner table in 1790 came with a tremendous price.

Economists and members of the financial community often use terms without defining them. This is because they are largely talking to each other and not members of the general public. Accordingly, let’s get some working definition of terms used when discussing the Federal Debt, The Deficit, and the Federal Budget.  See Table Below.

A budget deficit occurs when the federal government’s spending is greater than its tax revenue. The government is paying out more than it’s taking in. How does the government make up the difference? It borrows (i.e., it goes into debt). I’ll explain how and from whom the government borrows in just a few minutes.

This is the total amount of money owed by the United States to every source whether foreign or domestic.  In 2009, this figure was $11.9 trillion and constituted 83 percent of the nation’s gross domestic product (GDP).

Gross Domestic Product is the nation’s expenditures on all goods and services produced during  the year at market prices. The idea is that one person’s expenditure constitutes income to another person. Not too difficult to understand as a general proposition. When I spend money, I’m providing income to someone else. The devil is in the details. However, for purposes of this limited discussion, I won’t go into all of those details.

The  four engines of the economy which make up GDP

This is the total amount of money owed by the United States minus debt owed to other parts of the government such as the Social Security Trust Fund. In 2009, this figure was $7.5 trillion and constituted 53 percent of GDP.

This is the publicly held debt owed by the United States minus debt payments owed to the Federal Reserve.  In 2009, this figure was $6.8 trillion and constituted 48 percent of GDP.

This is the net federal debt plus state and local debt less receivables. In 2009, this figure was $9.1 trillion and constituted 64 percent of GDP.

How Big is the National Debt?

CONSEQUENCES OF A FEDERAL DEFAULT

HOW AND FROM WHOM DOES THE GOVERNMENT BORROWS MONEY

The U.S. must borrow money because it does not have enough income (revenues) to pay for  all of the things it is legally obligated to pay to a variety of persons and entities. Therefore, in the event of a default, someone who looks to the government for a salary or some other monetary benefit won't get paid. Take your pick, do you choose not to pay members of our armed forces, social security recipients, federal government employees? Well, the list goes on and on.

The following are important points worth noting which were made in three articles which recently appeared in the Washington Post that are relevant to understanding the issues involved. I  have attached these materials to this email. I used these three pieces as source material for my brief discussion here. Let's get started.

1. To pay for its current expenses, the United States borrows money by issuing U.S. Treasury Securities (treasury bonds, treasury notes, treasury bills, and treasury issued savings bonds) to lenders. The U.S. promises to pay these lenders the face value of the particular treasury security at a stipulated maturity date and to pay a stipulated interest rate. As mentioned earlier, the U.S. must borrow money because it does not have enough income (revenues) to pay for all of the things it is legally obligated to pay to a variety of persons and entities.

2. The United States borrows money by issuing treasury securities such as treasury bonds to pay the U.S. government's current expenses (for which it has insufficient revenues from taxes to pay) from the following lending sources:

LENDING SOURCES RESPONSIBLE FOR LOANING MONEY TO THE UNITED STATES: BREAKDOWN OF WHO HAS LOANED THE U.S.  $14 TRILLION

3. U.S. treasury bonds--the foundation of almost all other financial products--are at the base of the global financial pyramid. The world financial system uses the interest rates set by U.S. treasury securities to set the rate of "riskless return"--i.e., "the price of lending someone money and knowing, with perfect certainty, that they will pay you back with interest." The act of tying world interest rates to the rates set for U.S. treasury securities is referred to as "benchmarking". See Ezra Klein, In a Default, Consequences Would be Dire: A Fiscal Infection That Can Spread Everywhere, WASH POST, July 16, 2011.

4. The following are examples of how the world benchmarks its interest rates to the interest rates of U.S. treasuries (treasury bonds, notes, bills, and savings bonds):

In that article, the two former senators noted that "The prospect of default on the sovereign credit of the United States of America is so frightening, significant, so sinister and so far-reaching in its impact that we can't fail to deal with this issue."

These two former senators state that, in their opinion, "the question is not really the debt limit but, rather, the fundamental commitment to honor our obligations" and "the need to maintain balance between the actions of the moment and the national welfare of the future."

They state that the ultimate solution will require a combination of reduced spending, enhanced revenue, and reform of our tax code and entitlement benefits--not default on our commitment to pay the obligations we have incurred.

Government spending cutbacks will be particularly devastating for persons who directly or indirectly rely on the government for employment and other benefits. It's an important subject all by itself and lies near the core of the current debate.